How to find a soccer club to support

For many P1’s who are new to following soccer, deciding what club to follow is really difficult. Many don’t want to hop on the bandwagon of a winner or fall into a club that is spiraling into relegation.

Generally, the best way is one agreed to by us and Bob Sturm, who several years ago wrote a fantastic blog post about this process and is best captured in this quote:

“You should not choose your team.  Your team should choose you.“

He’s dead-on correct.  Tying your allegiance to a soccer club should be a by-product of a real reason, a personal tie or at the very least some cosmic calling. You should watch as many games and as many teams as you can.  Why? Because during that time something will attract you; a player, a jersey, the stadium or even because you play as that team in FIFA.  But that takes time not everyone wants to spend that level of patience.

For some there’s a willingness to leave the selection into the powers of a higher being.  Which brings us to:

THE SUPREME WHEEL OF ALLEGIANCE 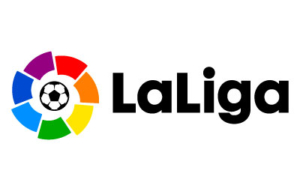 You chose to take the quick and easy way out!

Take what the Futbol Gods grant you.

Fail to take what you’re given on your 1st click, and you shall be judged.